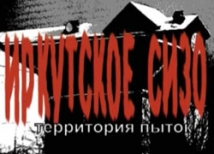 The world was recently shocked by reports of prisoners being tortured at Guantanamo. But the frightful reality of what goes on in Russian prisons is much worse.
This is already not the first year that abuses of prisoners in Irkutsk’s SIZO No. 1 are being committed and remain unpunished. Sergey Belyak’s and Dmitry Dmitriev’s film «Ikrutskoye SIZO. Territoriya pytok» [The Irkutsk SIZO. The Territory of Torture] examines this topic. 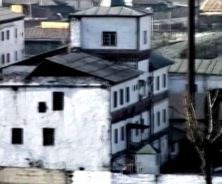 The anything-goes situation in colonies and jails, the cruel violence towards defenseless people — merely a consequence of the total impunity and unaccountability of the Russian power at all levels. For the 10 years of its rule, the new feudal nobility has been beating everything that it considers necessary to beat out of the «tax-paying estates» — from industrial assets to confessions in a fabricated criminal case. The arsenal is wide-ranging, and includes everything from subtle political blackmail to an electric heating coil in a jail «press-box».